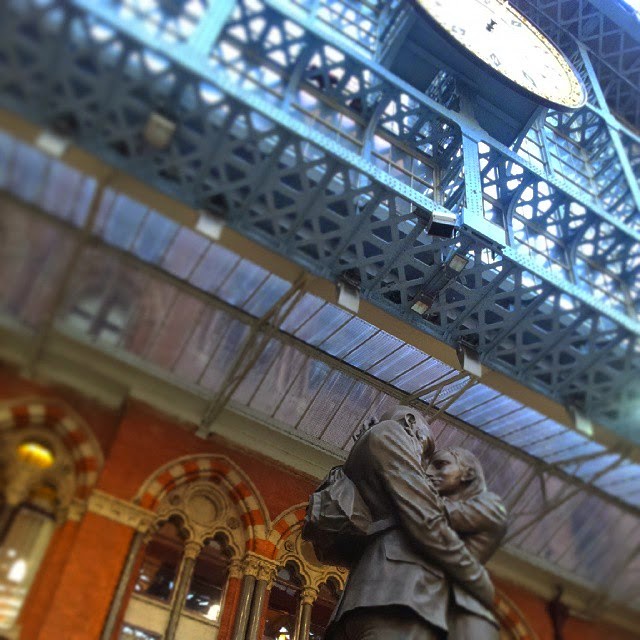 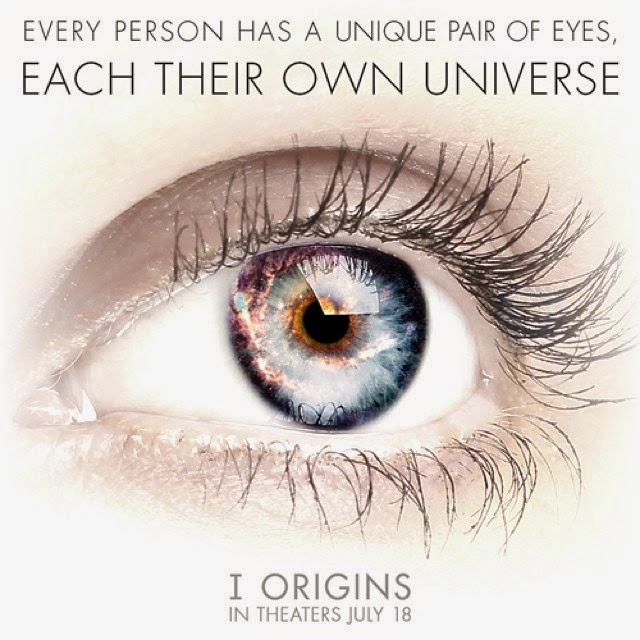 "I ORIGINS follows a molecular biologist whose study of the human eye points to evidence with far reaching implications about our scientific and spiritual beliefs. " (retirado do site oficial do filme)


Sofi: How many senses do worms have?

Ian: They have two. Smell and touch. Why?

Sofi: So... they live without any ability to see or even know about light, right? The notion of light to them is unimaginable.

Sofi: But we humans... we know that light exists. All around them... right on top of them... they cannot sense it. But with a little mutation, they do. Right?

Sofi: So... Doctor Eye... perhaps some humans, rare humans... have mutated to have another sense. A spirit sense. And can perceive a world that is right on top of us... everywhere. Just like the light on these worms. 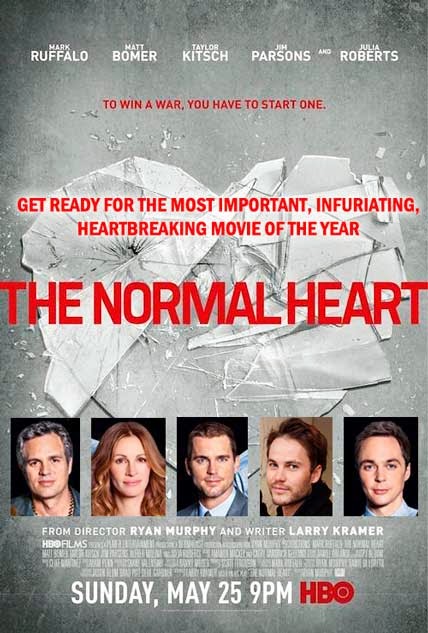 "Directed by Emmy® winner Ryan Murphy and written by Academy Award® nominee Larry Kramer, adapting his groundbreaking Tony Award-winning play of the same name, the drama tells the story of the onset of the HIV-AIDS crisis in New York City in the early 1980s, taking an unflinching look at the nation’s sexual politics as gay activists and their allies in the medical community fight to expose the truth about the burgeoning epidemic to a city and nation in denial.
Ruffalo portrays Ned Weeks, who witnesses first-hand a mysterious disease that has begun to claim the lives of many in his gay community and starts to seek answers.
Matt Bomer plays Felix Turner, a reporter who becomes Ned’s lover.
Taylor Kitsch plays Bruce Niles, a closeted investment banker who becomes a prominent AIDS activist.
Jim Parsons plays gay activist Tommy Boatwright, reprising his role from the 2011 Broadway revival.
Roberts plays physician Dr. Emma Brookner, a survivor of childhood polio who treats several of the earliest victims of HIV-AIDS." (retirado de hbo.com)


Dr. Emma Brookner: Another idiot. And, by the way, a closeted homosexual doing everything in his power to sweep this under the rug. And I vowed I'd never say anything like that in public... How does it always happen that all of the idiots are always on your team? How can you refuse to fund my research? Or not invite me to participate in yours? Your National Institutes of Health received my first request for money two years ago. It took you one year just to print up application forms! It's taking you three years from my first reported case just to show up here for a look. And the paltry amount of money you are forcing us to beg for, out of the FOUR BILLION DOLLARS you now receive each and every year to protect the health of the American people, won't come to anyone before only God knows when. A promising virus has been discovered in France. Why do you refuse to cooperate with the French? Why are we told not to cooperate with the French? Just so you can steal a Nobel Prize? While something is being passed around that causes death! Women have been discovered to have it in Africa, where it is clearly transmitted HETERO-SEXUALLY. It is only a question of time! We could ALL be dead before you do anything! You want my data? You want my ideas? You want my patients? TAKE THEM! JUST DO SOMETHING WITH THEM! You're fucking right! I am imprecise and unfocused and you are all idiots! 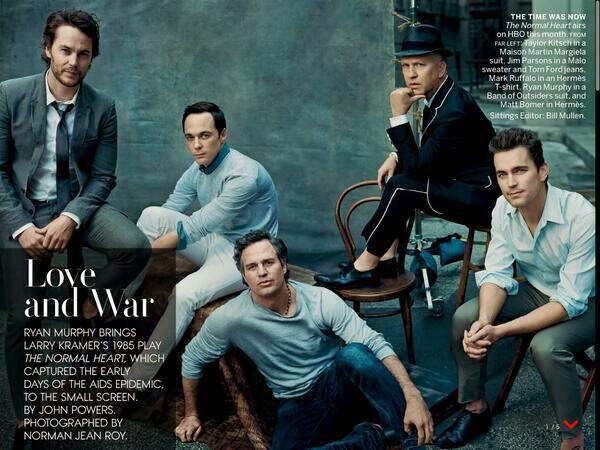 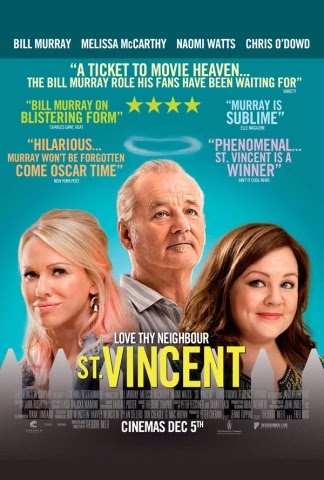 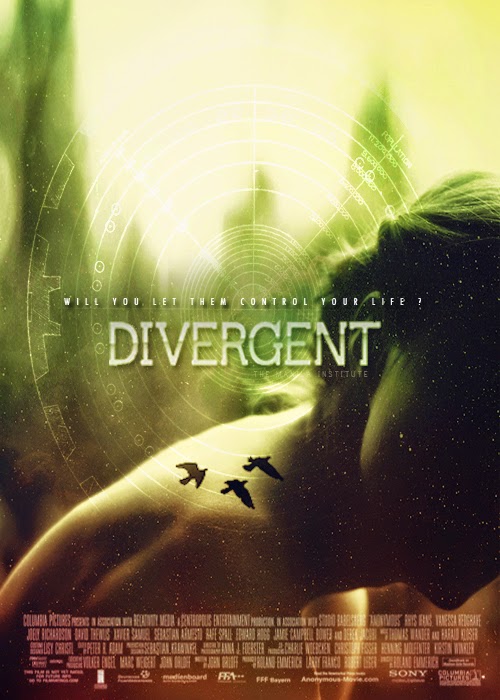 Beatrice 'Tris' Prior: Can I ask you something?
Four: Sure.

Beatrice 'Tris' Prior: What's your tattoo?

Four: You want to see it?
Beatrice 'Tris' Prior: [nods and Four takes off his shirt] Its amazing. The factions. Why do you have all of them?
Four: I don't want to be just one thing. I can't be. I want to be brave, and I want to be selfless, intelligent, and honest and kind. Well, I'm still working on kind. 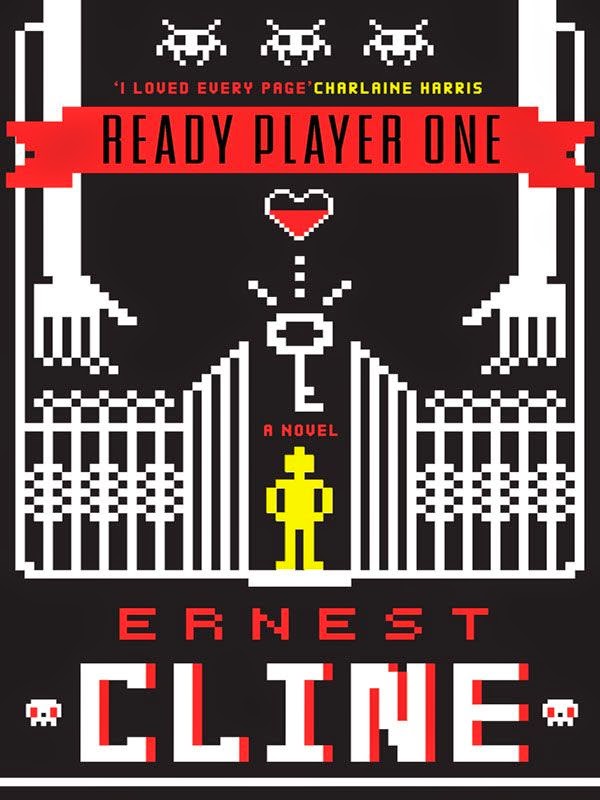 It's the year 2044, and the real world is an ugly place.
Like most of humanity, Wade Watts escapes his grim surroundings by spending his waking hours jacked into the OASIS, a sprawling virtual utopia that lets you be anything you want to be, a place where you can live and play and fall in love on any of ten thousand planets.
And like most of humanity, Wade dreams of being the one to discover the ultimate lottery ticket that lies concealed within this virtual world. For somewhere inside this giant networked playground, OASIS creator James Halliday has hidden a series of fiendish puzzles that will yield massive fortune—and remarkable power—to whoever can unlock them.
For years, millions have struggled fruitlessly to attain this prize, knowing only that Halliday's riddles are based in the pop culture he loved—that of the late twentieth century. And for years, millions have found in this quest another means of escape, retreating into happy, obsessive study of Halliday's icons. Like many of his contemporaries, Wade is as comfortable debating the finer points of John Hughes's oeuvre, playing Pac-Man, or reciting Devo lyrics as he is scrounging power to run his OASIS rig.
And then Wade stumbles upon the first puzzle.
Suddenly the whole world is watching, and thousands of competitors join the hunt—among them certain powerful players who are willing to commit very real murder to beat Wade to this prize. Now the only way for Wade to survive and preserve everything he knows is to win. But to do so, he may have to leave behind his oh-so-perfect virtual existence and face up to life—and love—in the real world he's always been so desperate to escape.
A world at stake.
A quest for the ultimate prize.
Are you ready?

Ready Player One by Ernest Cline
My rating: 4 of 5 stars 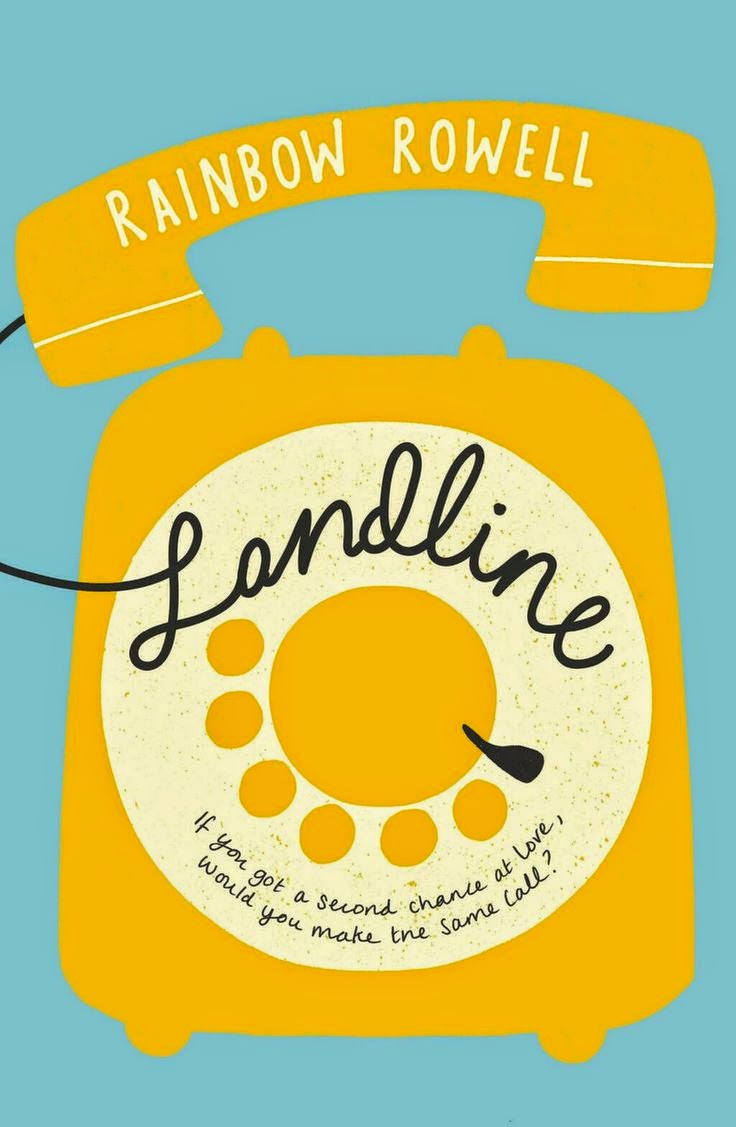 Sinopse
From the New York Times bestselling author of Eleanor & Park and Fangirl, comes a hilarious, heart-wrenching take on love, marriage, and magic phones.
Georgie McCool knows her marriage is in trouble. That it’s been in trouble for a long time. She still loves her husband, Neal, and Neal still loves her, deeply—but that almost seems beside the point now. Maybe that was always beside the point.
Two days before they’re supposed to visit Neal’s family in Omaha for Christmas, Georgie tells Neal that she can’t go. She’s a TV writer, and something’s come up on her show; she has to stay in Los Angeles. She knows that Neal will be upset with her—Neal is always a little upset with Georgie—but she doesn’t expect to him to pack up the kids and go without her.
When her husband and the kids leave for the airport, Georgie wonders if she’s finally done it. If she’s ruined everything. That night, Georgie discovers a way to communicate with Neal in the past. It’s not time travel, not exactly, but she feels like she’s been given an opportunity to fix her marriage before it starts. . .

Is that what she’s supposed to do?
Or would Georgie and Neal be better off if their marriage never happened?


Landline by Rainbow Rowell
My rating: 4 of 5 stars

Audiobook: Scrum: The Art of Doing Twice the Work in Half the Time by Jeff Sutherland 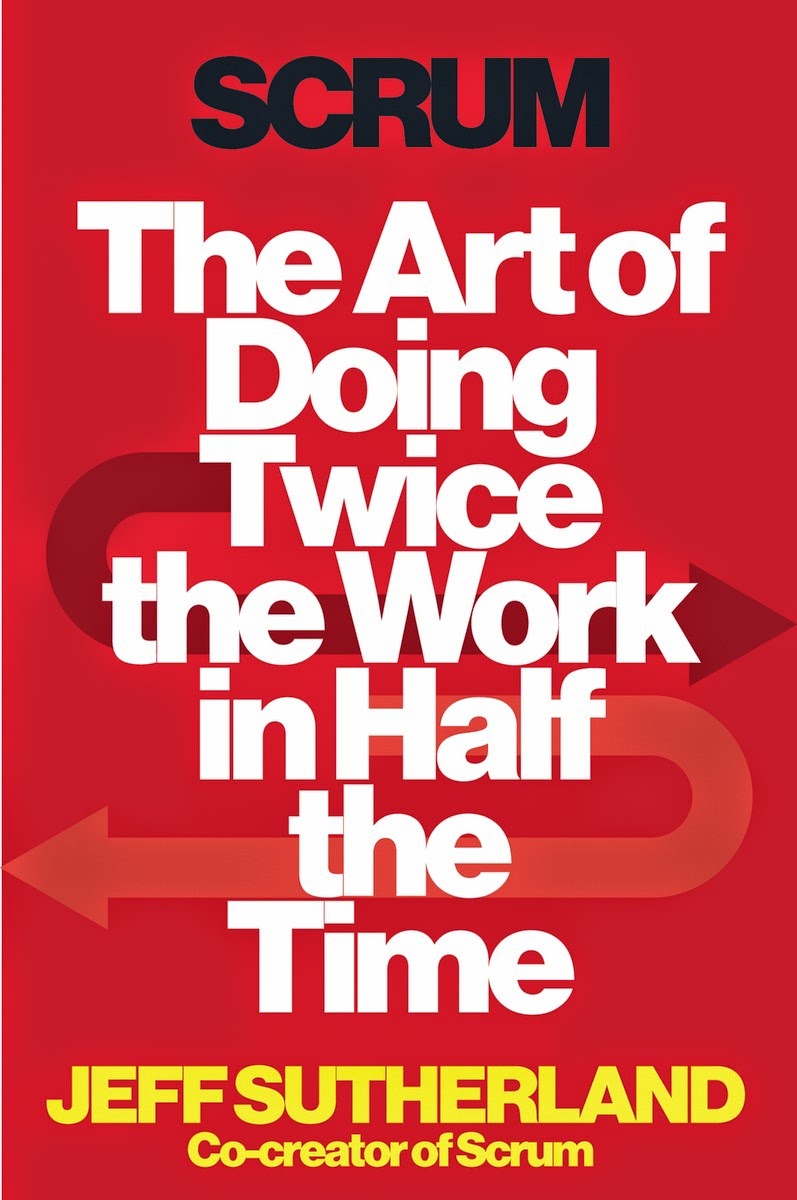 Sinopse
"We live in a world that is broken. For those who believe that there must be a more efficient way for people to get things done, here from Scrum pioneer Jeff Sutherland is a brilliantly discursive, thought-provoking book about the management process that is changing the way we live.
In the future, historians may look back on human progress and draw a sharp line designating “before Scrum” and “after Scrum.” Scrum is that ground-breaking. It already drives most of the world’s top technology companies. And now it’s starting to spread to every domain where people wrestle with complex projects.
If you’ve ever been startled by how fast the world is changing, Scrum is one of the reasons why. Productivity gains of as much as 1200% have been recorded, and there’s no more lucid – or compelling – explainer of Scrum and its bright promise than Jeff Sutherland, the man who put together the first Scrum team more than twenty years ago.
The thorny problem Jeff began tackling back then boils down to this: people are spectacularly bad at doing things quickly and efficiently. Best laid plans go up in smoke. Teams often work at cross purposes to each other. And when the pressure rises, unhappiness soars. Drawing on his experience as a West Point-educated fighter pilot, biometrics expert, early innovator of ATM technology, and V.P. of engineering or CTO at eleven different technology companies, Jeff began challenging those dysfunctional realities, looking for solutions that would have global impact.
In this book you’ll journey to Scrum’s front lines where Jeff’s system of deep accountability, team interaction, and constant iterative improvement is, among other feats, bringing the FBI into the 21st century, perfecting the design of an affordable 140 mile per hour/100 mile per gallon car, helping NPR report fast-moving action in the Middle East, changing the way pharmacists interact with patients, reducing poverty in the Third World, and even helping people plan their weddings and accomplish weekend chores."

Scrum: The Art of Doing Twice the Work in Half the Time by Jeff Sutherland
My rating: 4 of 5 stars

Music is Love in Search of a Word #86


Monsters Build Mean Robots - A Reverie For The Riots (site) 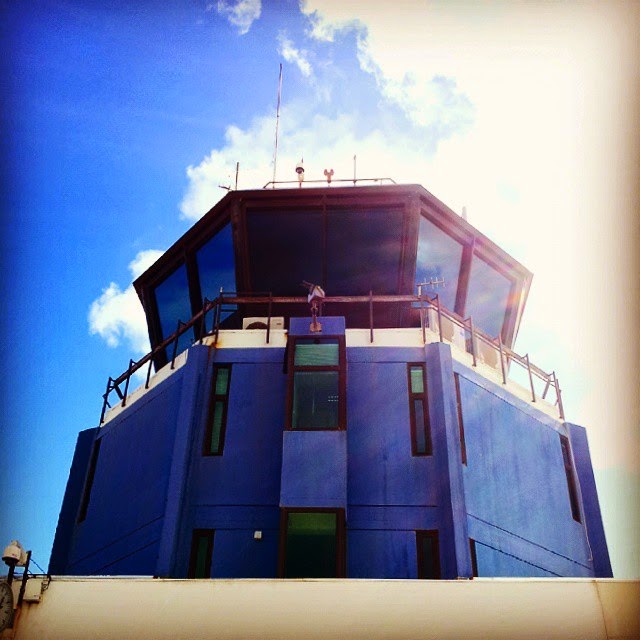 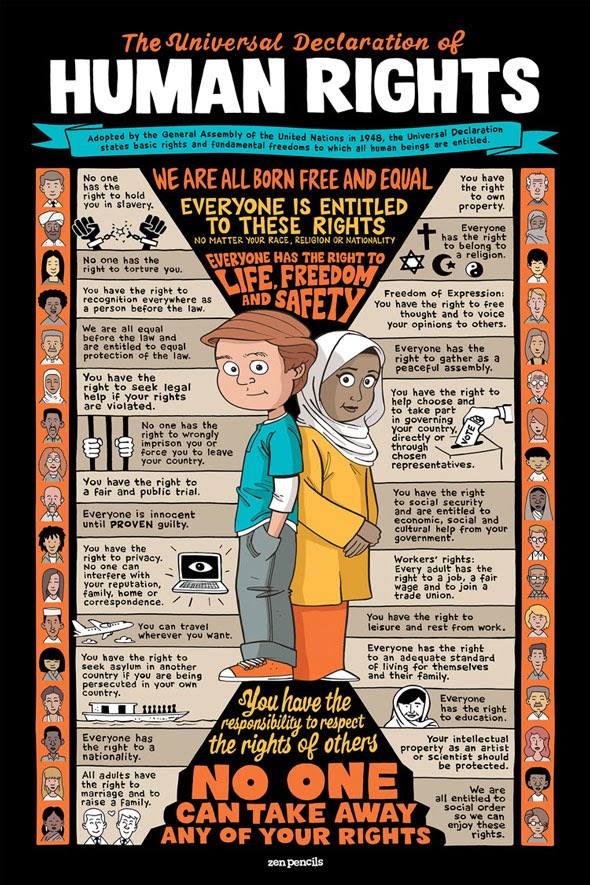 Music is Love in Search of a Word #85 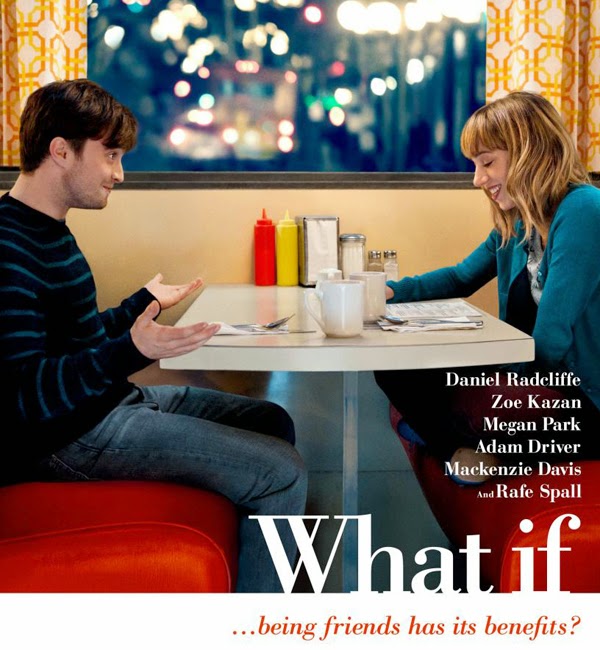 Wallace: I remember the night Allan and Nicole met. And that instant conection. If you're lucky it happens once in a lifetime and if you're unlucky, then you have to come to weddings and listen to people like me talking about it. And assume we're all hopeless romantics... It's very easy to be cynical about love, but this, tonight, this is hard. 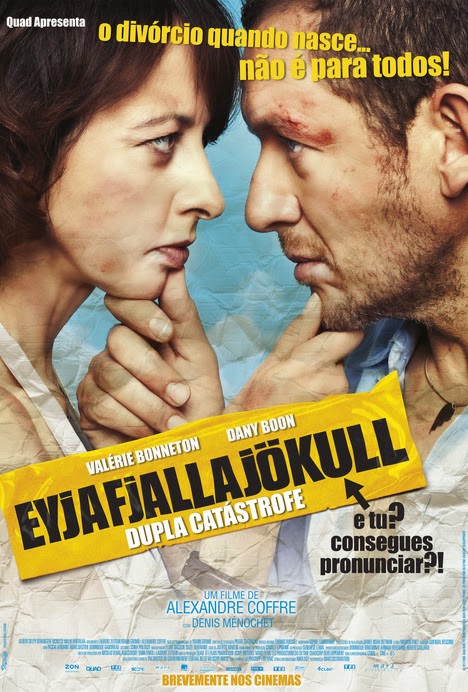 Livro: My Drunk Kitchen: A Guide to Eating, Drinking, and Going with Your Gut by Hannah Hart 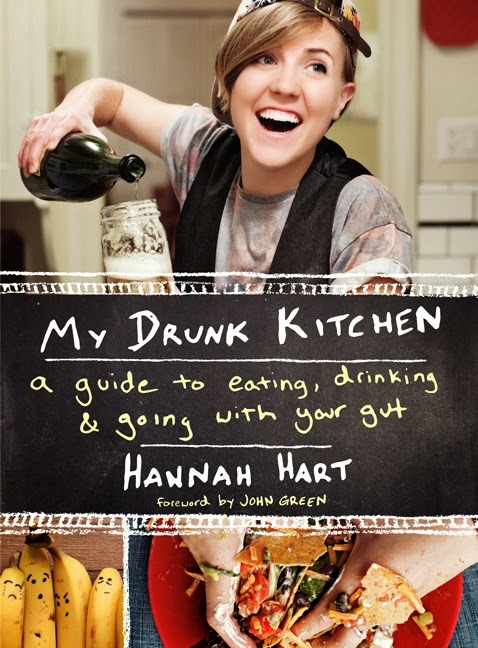 Sinopse
One day, sad cubicle dweller and otherwise bored New York transplant Hannah Hart decided, as a joke, to make a fake cooking show for her friend back in California. She turned on the camera, pulled out some bread and cheese, and then, as one does, started drinking. (Doesn't everyone cook with a spoon in one hand and a bottle of wine in the other?) The video went viral and an online sensation was born. My Drunk Kitchen includes recipes, stories, full color photos, and drawings to inspire your own culinary adventures in tipsy cooking. It is also a showcase for Hannah Hart's great comedic voice. Hannah offers key drink recommendations, cooking tips (like, remember to turn the oven off when you go to bed) and shares never-before-seen recipes such as:
This is a book for anyone who believes they have what it takes to make a soufflé for the holiday party and show up the person who apparently has nothing better to do than bake things from scratch. It also recommends the drink you'll need to accompany any endeavor of this magnitude. In the end, My Drunk Kitchen may not be your go-to guide for your next dinner party . . . but it will make you laugh and drink . . . I mean think . . . about life. (retirado de amazon.com)

My Drunk Kitchen: A Guide to Eating, Drinking, and Going with Your Gut by Hannah Hart
My rating: 3 of 5 stars 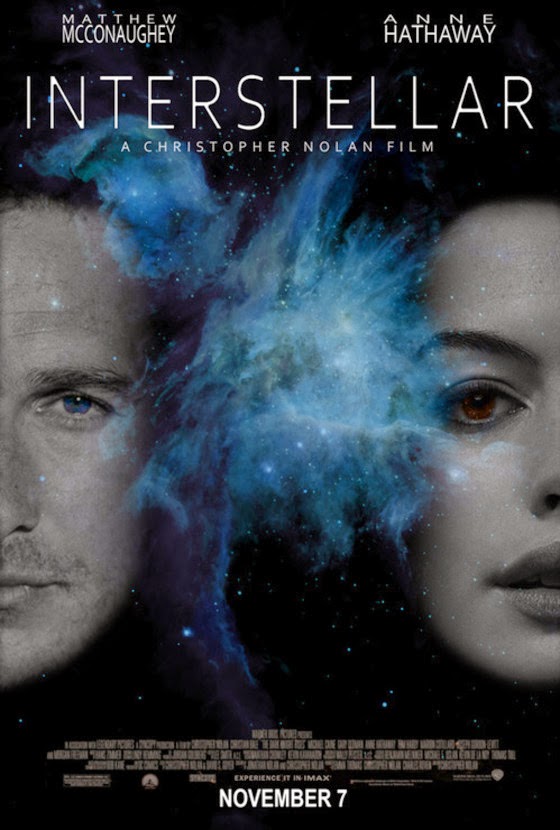 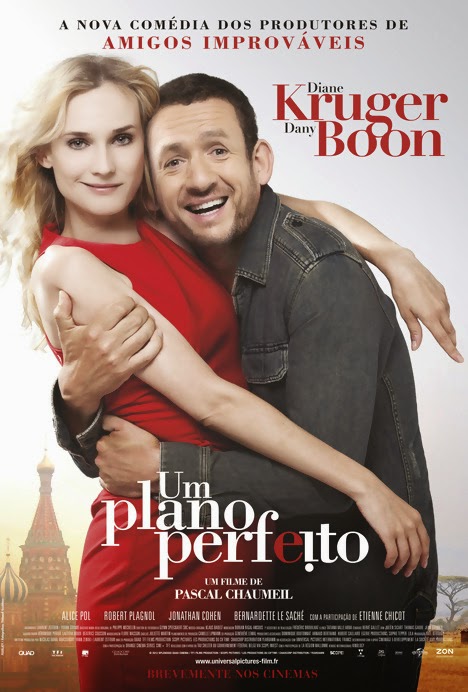 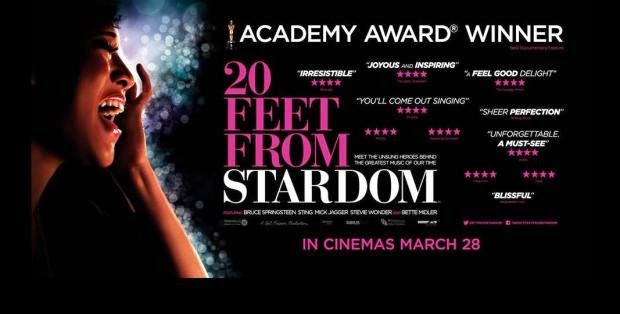 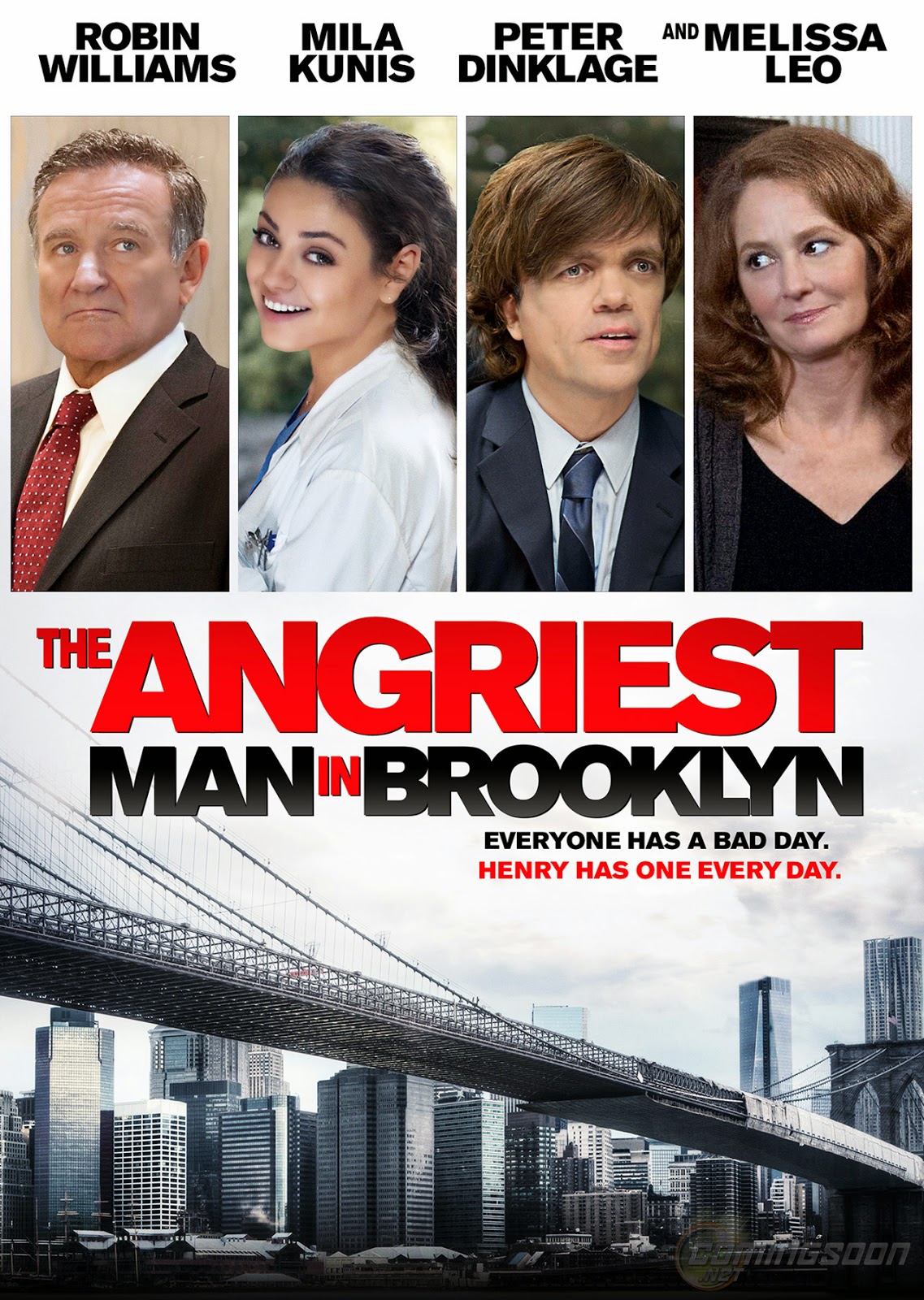 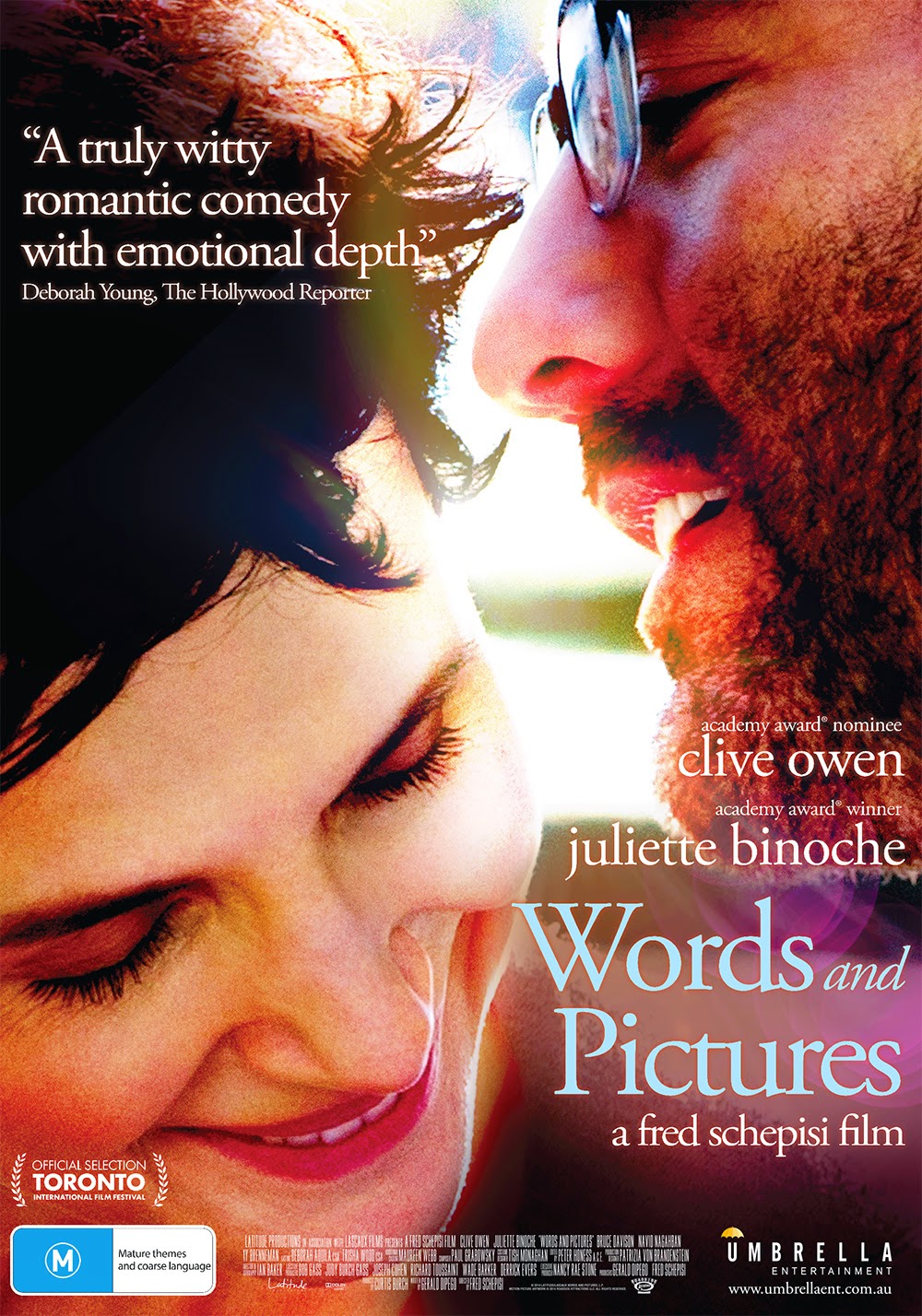 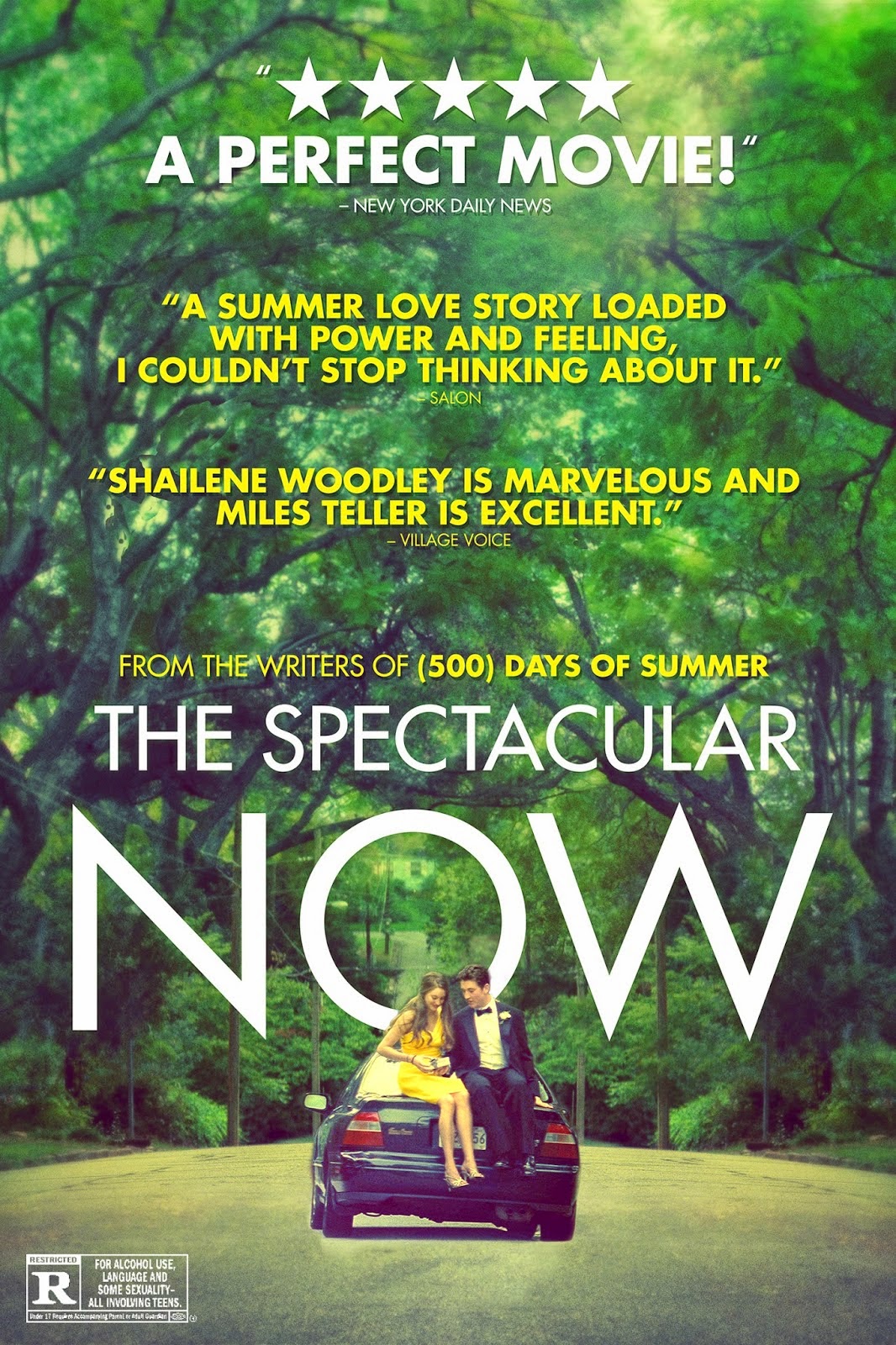 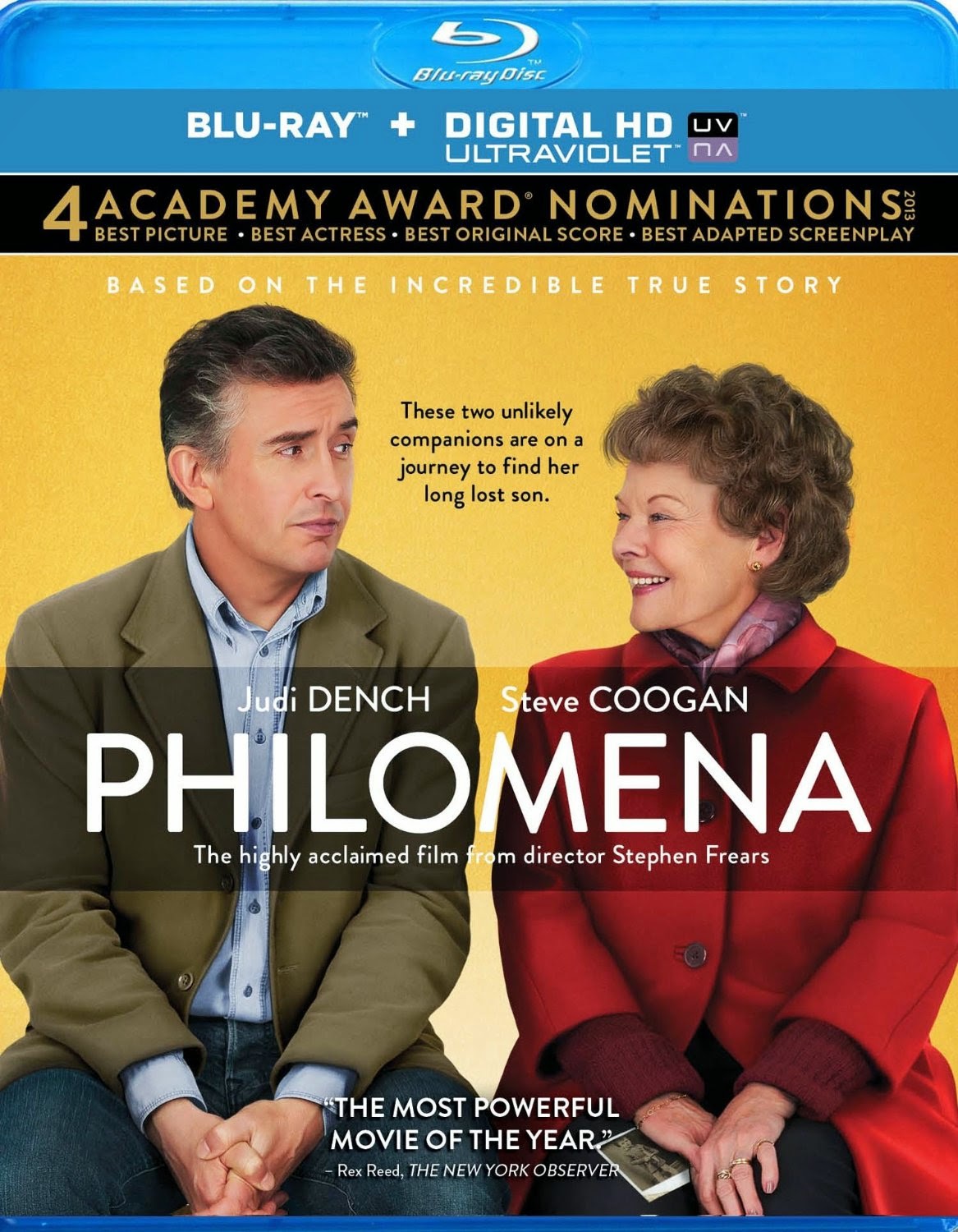 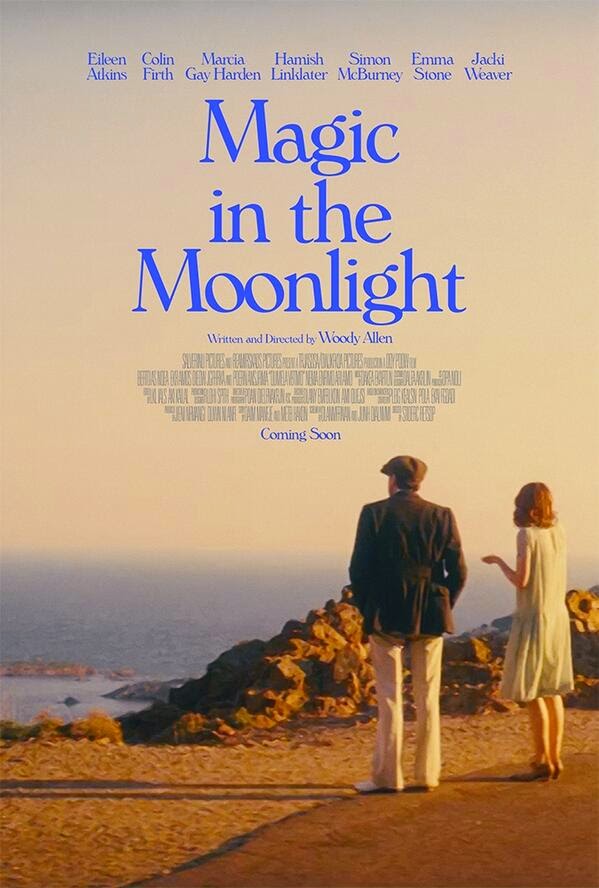 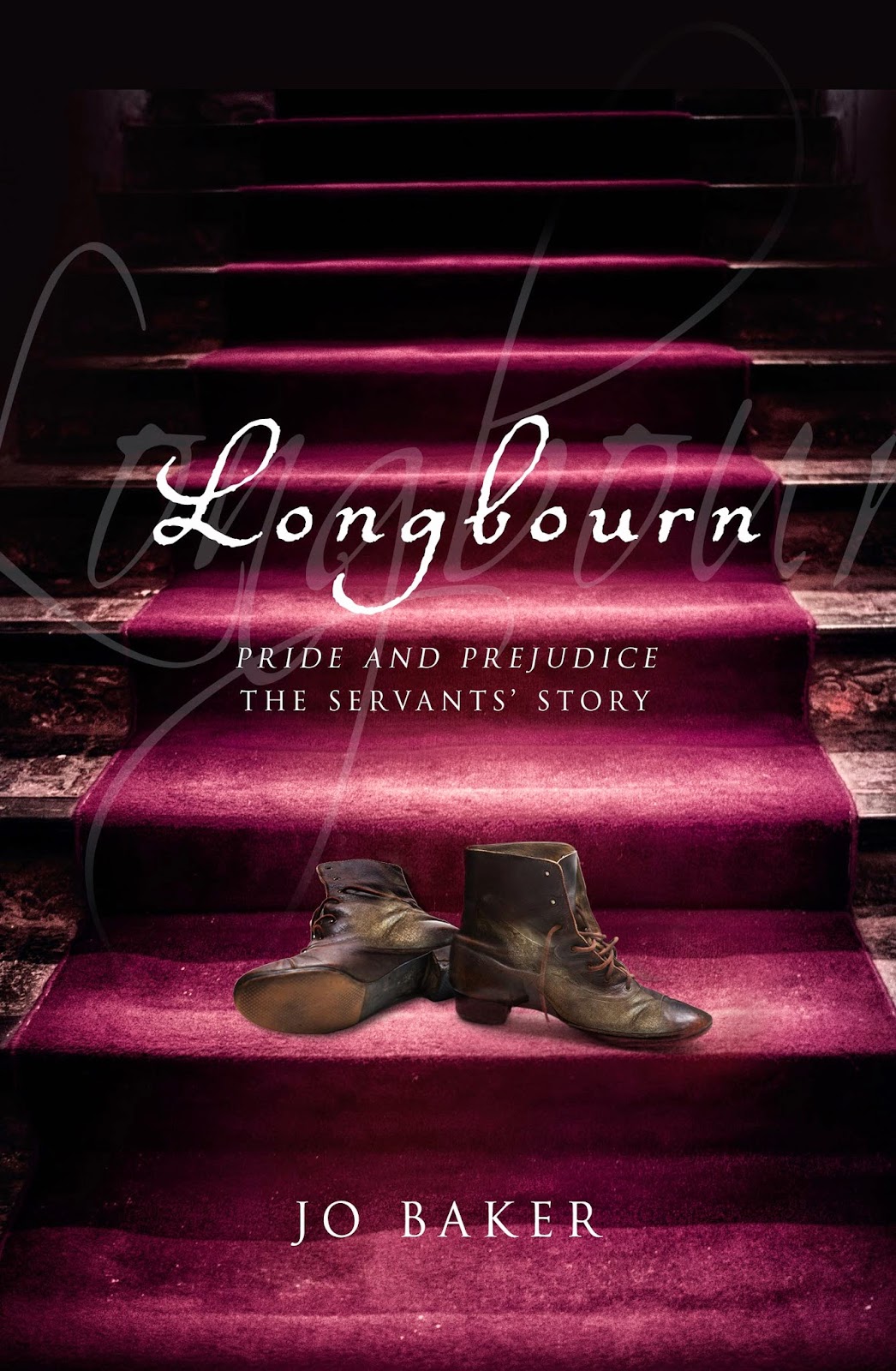